Belarus - is a country with amazing nature and beautiful architecture. No wonder it's called «lungs of Europe», this country is famous for its forests and lakes. In addition, there are many rare species of plants and animals.

The Republic draws public attention to its variety of natural landscapes. Here there are no high mountains and seas, but many picturesque heights, dense woods, meadows, blue rivers and lakes, unique marsh territories. More than third of its territory is wrapped up by a green blanket of its forests. Here are retained the largest in Europe territories coverd with forests – it's real wealth, called – the green swamp. In Belarus it is possible to meet pine forests and oak groves, spruce thickets, gloomy even in a sunny day, and picturesque birch, lime, alder groves. An elk, a deer, a roe, a wild boar, a wolf, a fox live in the forest. In summer the shady bed curtains of forest are painted by different flowers, mushrooms and berries. On the light edges, warmed by summer heat grow numerous curative grasses. As centuries ago, local people collect them to treat different deseases. 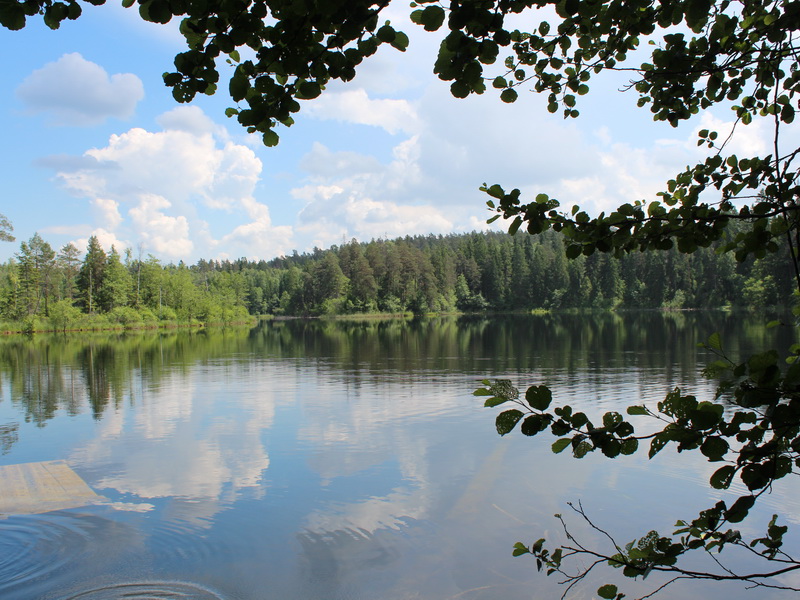 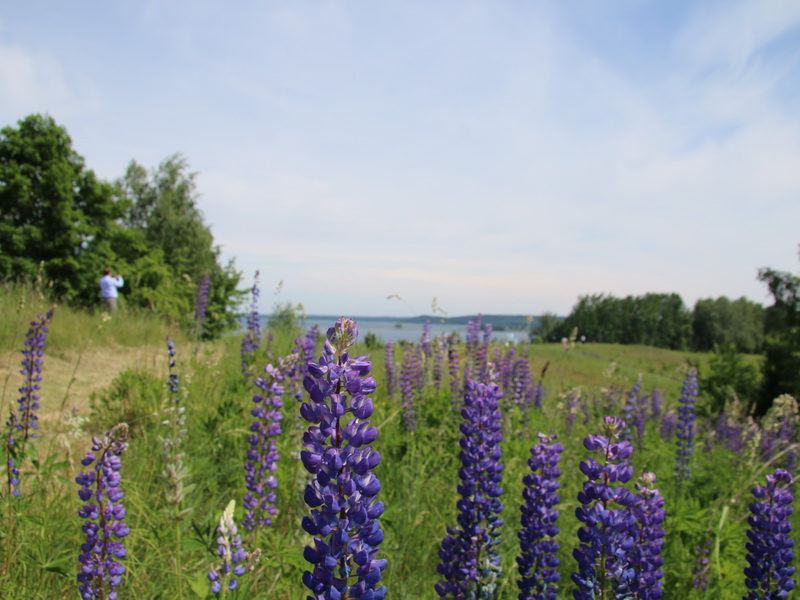 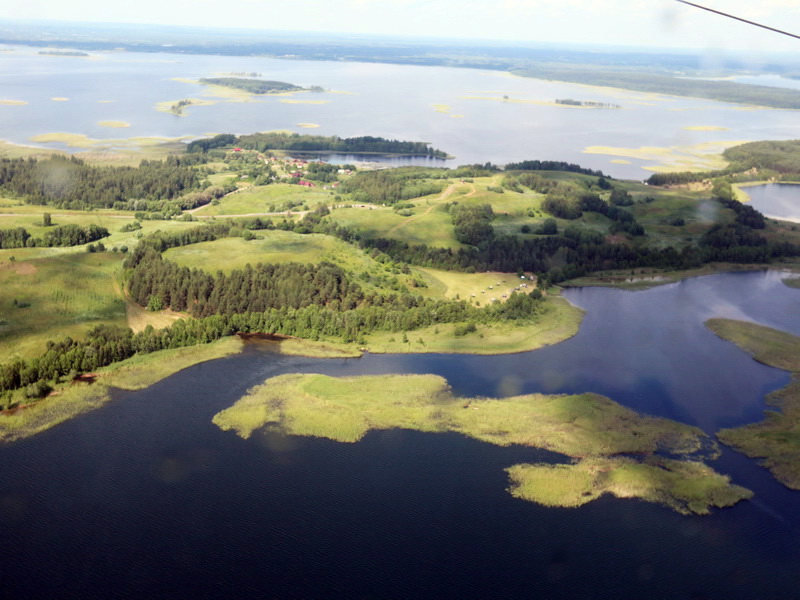 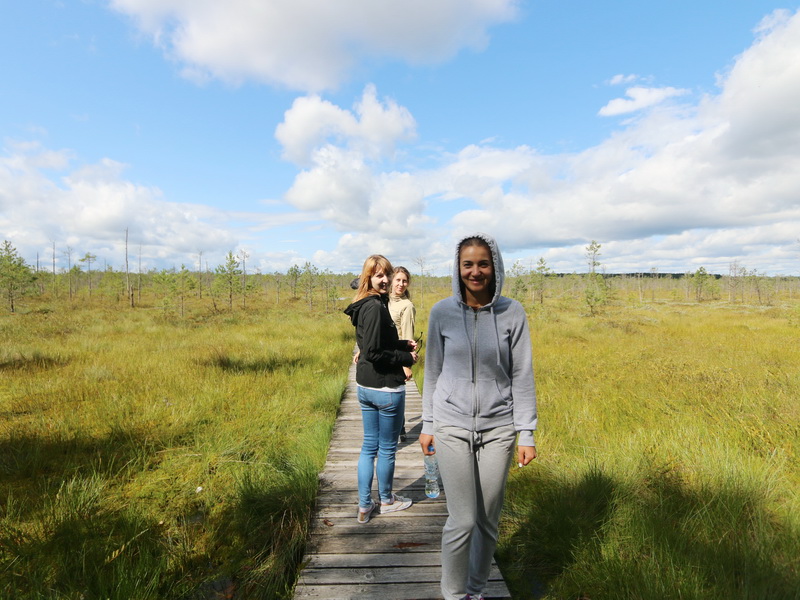 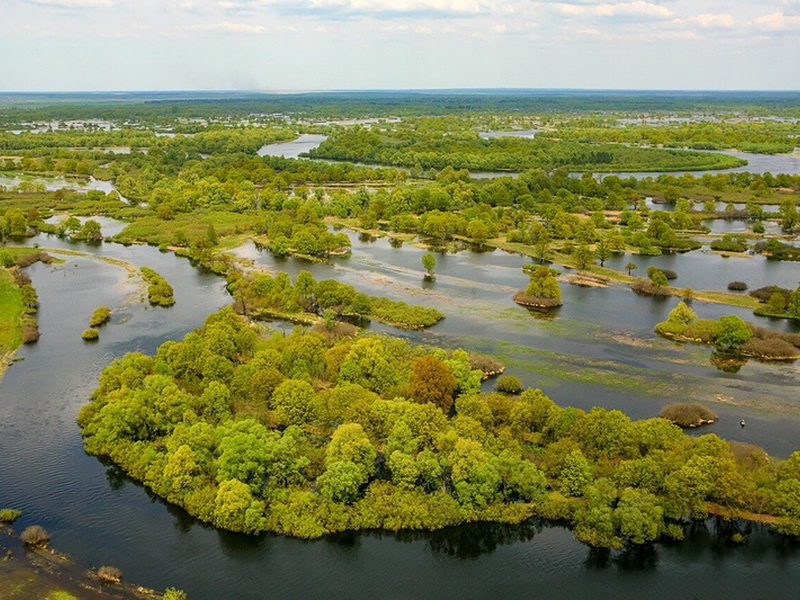 If the poet decided to glorify Belarus he exactly would compare it with a beauty - blue-eyed, light-haired, smiling and slightly mysterious.
In the middle of silent forests thickets and between spacious fields lap pure waters of lakes, which in Belarus there are about 11 000. Naroch and Osveja, Svitjaz and Svir sparkle with their freshness and beauty. Especially many lakes in the north and the northwest of the republic. As dew on the grass, they are scattered here among abrupt hills and barrows. That's why the republic's northern territories are called Belarusian Poozerie - land of blue lakes with pure transparent water. They have a glacial origins. These lakes differ from each other thanks to their form and depth: some of them are long, as rivers, some - roundish, as bowls. But the most picturesque are those lakes, that are surrounded by forests slopes with a coast as if it is a beautiful lace.

Through Belarus from different parts, dissecting horizons, every day flow 30 000 rivers and streamlets, and the uniqueness of the rivers of Belarus is, that half of them flows to the Baltic sea, and half to the Black sea. The largest of them are - Dnepr, Neman, Pripyat and Zapadnaya Dvina.

An integral part of the Belarusian landscapes - are swamps. In Western Polesye has remained some bogs with unique ecosystems, which are the greatest natural bogs in Europe. Largest of them is - Zvanets (the area of 150 sq. km).

The world importance on preservation of a variety of animals and plants in the natural environment in the Republic of Belarus of their dwelling have national parks and reserves.

The group lakes connected with each other a maze of straits, is a part of national park Braslavskie ozera. It is located in the northwest of Belarus on the territory so-called Belarus Poozerie. The national park occupies almost the 70 000 hectares. The local places quite often compare with Switzerland or Finland, however they are absolutely original. The charm of local places is based on the constant change of their landscapes - lakes, hills, forests and again numerous lakes. It's quiet rustles the reeds, and splashing, breaking on the shore of the wave.

The biggest and the most beautiful in Belarus lake Naroch (the area about 80 km2) is a part of the national park Narochansky. Its extent from the North to the South is about 34 km, from the West to the East - 59 km. This national park quite often is called the place of soldiers and romanticists. Among uncountable lakes, pearl of which on edit is the Naroch, and dense woods, there are majestic temples and fortresses, over many countries keeping the imprint of former military battles.

In the center of Polesskaya lowland is located the national park Pripyatsky. Here floodplain meadows, oak forests, intoxicating aroma of herbs, as well as the opportunity to observe the numerous kinds of birds. It is a real paradise for ornithologists.

By decision of UNESCO in 1992 the national park Belovezhskaya pushcha has been included in the World Heritage Site. Because it is a unique ecosystem. Here there is the largest part of flat relic primitive forest which once grew on the territory of all Europe. In Belovezhskaya pushcha also live a representative of relic fauna - bisons. This animal became an original symbol of Belarus.

Berezinsky biosphere reserve - one of the few preserved in its original form corners of the continent, amazing and unique. Ancient mounds ruins of ancient castles, surrounded by ramparts and moats, here are reminiscent of long past centuries. The area is very picturesque. On the Western edge of the reserve in a wide floodplain flows the river Berezina. In the East and North there are moraine hills, silent witnesses of the ice age.

In a pool of the river Western Bug in the Brest area is located reserve Pribuzhskoe Polesye. The territory differs a variety of landscapes. Here are presented 5 groups of the most valuable ecosystems: forest, shrubby, marsh, meadow and water. Plains often coexist with hills, sand dunes and floodplain lakes.

The Republic of Belarus – is the unique state. The country of rivers and lakes, woods and oak groves, boundless fields, meadows, ancient castels and churches.. This small state in the center of Europe, which historically played and will play an important role the development of relations between different European countries. While traveling across Belarus, it can seem, that the time here slows down its run. The Republic is a silent and quiet country which has preserved its the originality. People are used to say here, that years are passing, but in  Belarus the nature remains pure, people - human, and values – eternal.